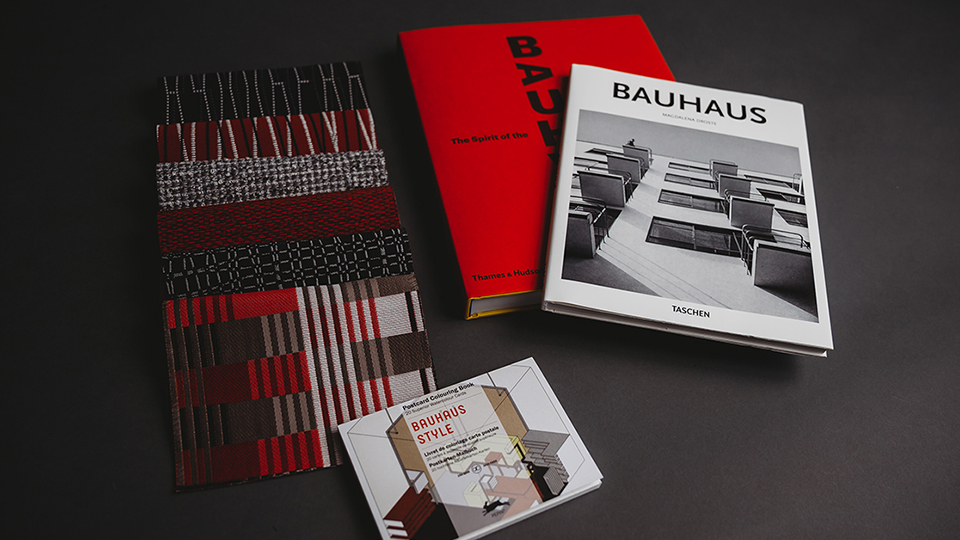 This month, we turn to guest blogger Géraldine Blanchot Fortier for a post in honor of designer Anni Albers. Géraldine designed the Minim Collection for Pallas Textiles, which pays homage to the Bauhaus movement. One pattern, Ethos, is inspired by Albers specifically.

As a designer, I appreciate Anni Albers and her legacy transcending the craft of weaving and making it into a true art form. I am pleased to share my thoughts on Albers’s influence and how the Minim Collection draws on her ideas and, more broadly, the Bauhaus movement.

An Artist to Remember

Celebrated modernist designer and disciple of the Bauhaus movement, Anni Albers was born 122 years ago. It’s an occasion of note for everyone in the design industry and especially for the team at Pallas Textiles.

We can thank Albers for elevating the status of textiles within the art world. For Albers and the rest of the Bauhaus designers, the exploration of both texture and surface was paramount in their process. With this approach, Albers transformed something traditionally thought of as a “craft” into a respected art form. 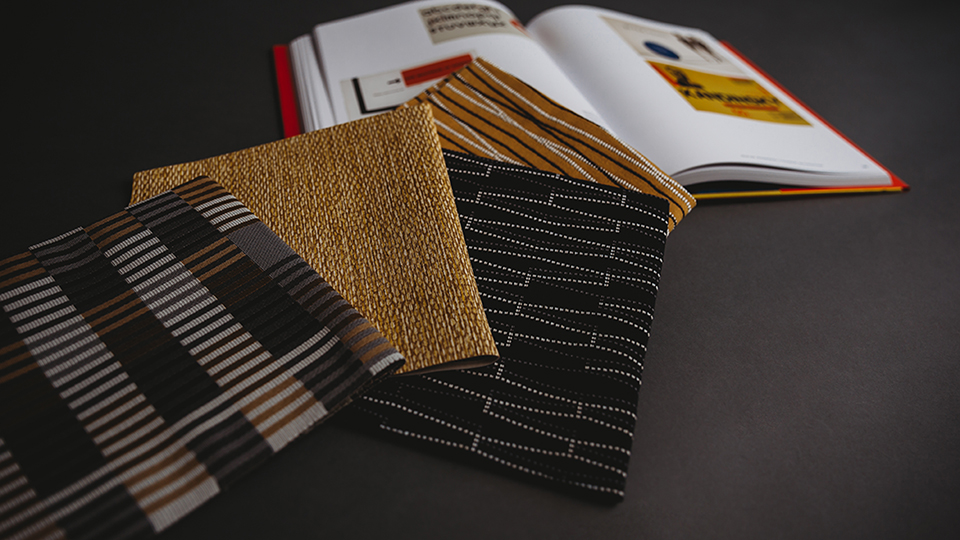 Albers also played a formative role in the contract textiles industry. For 30 years, she worked closely with Knoll Textiles to guide the company’s collections and patterns. Albers has also served as my inspiration for Ethos, one of the patterns in the Minim Collection.

When Albers entered the Bauhaus school in 1922, she believed she was joining a progressive institution. She wanted to study interior design and architecture, which were male-dominated fields at the time. However, after trying to sign up for a stained-glass workshop, she quickly learned that the only option available to her, as a female student, was a weaving workshop.

Not one to get easily discouraged, Albers quickly adapted and became a design leader in textiles. As an experimental artist, she worked with unique materials for her time, including nylon, plastic and cellophane. She played with geometric shapes, colors and layers -- something no woman before her had done with such boldness.

Albers became one of only a few women to hold a leadership position at the Bauhaus, as head of the weaving workshop in 1931. She eventually became the first woman weaver to have a solo exhibition at the Museum of Modern Art.

As a female pioneer, Albers inspires me as a designer for Pallas. It makes sense, since our brand is named for another strong female figure -- Pallas Athena, the Greek goddess of handicraft and the patron of craft and weaving.

When I began to design Ethos, Albers’s abstract, geometric approach was at the heart of my process. Ethos explores Albers’s craft through color, structure and box motion. The pattern consists of a variety of shapes arranged in an irregular fashion that is compelling yet comforting.

Colorful patterns need not be difficult to approach. I aimed to embody Albers’s process -- playing with layers of color to create different dimensions of surface and texture. 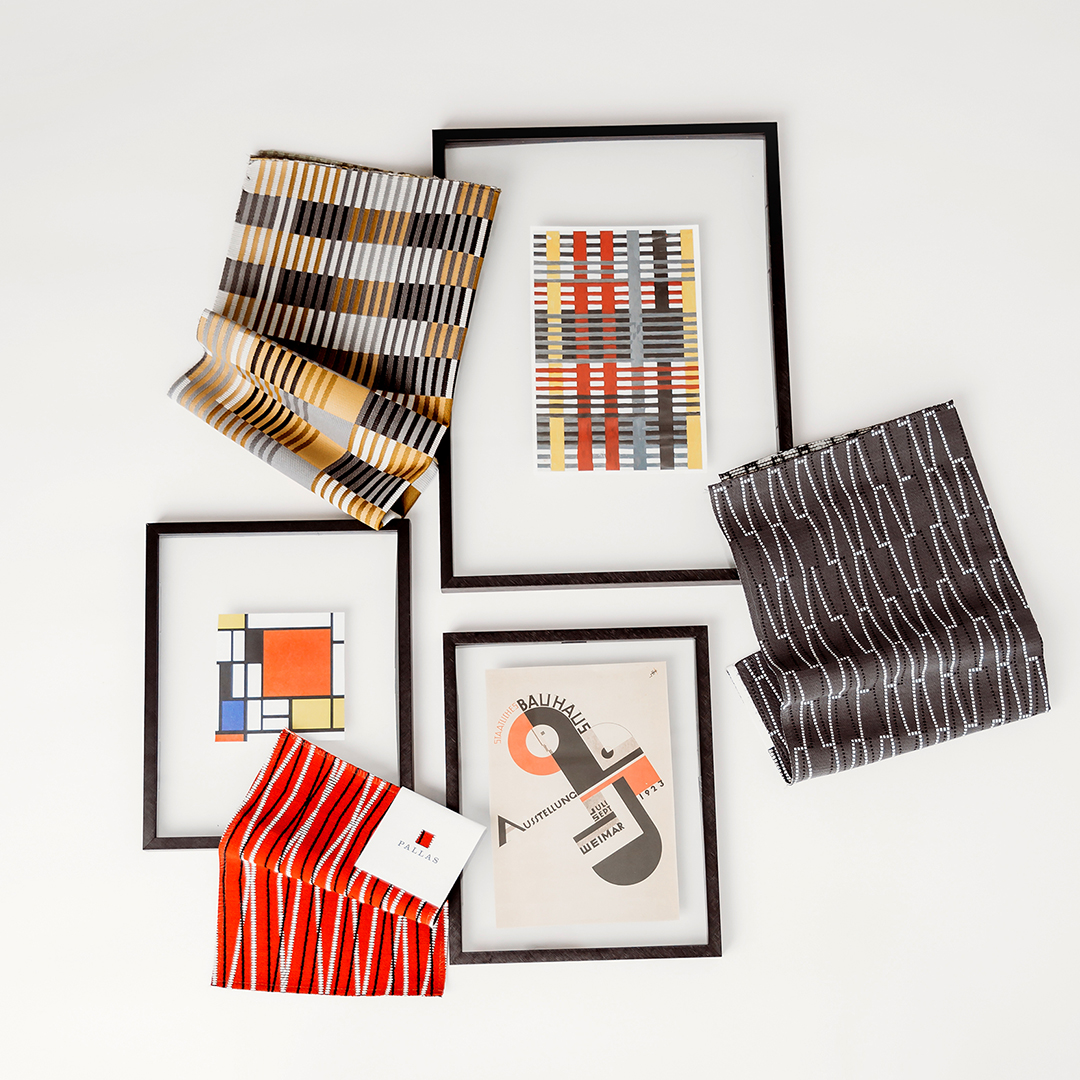 I also wanted Ethos to build on Albers’s concept of a “pliable plane,” the idea that textiles should be adaptable and responsive to their settings. Ethos is versatile and suits a wide array of interiors and environments.

As I designed additional patterns for the Minim Collection, I expanded my thinking. I reflected not only on Albers’s influence specifically, but also on the Bauhaus movement as a whole -- and the subsequent artistic movements that Bauhaus artists influenced.

Bauhaus interiors, furniture and textiles are artistic and carefully crafted while remaining functional. I strived to have several textiles in the Minim Collection adhere to that same principle.

For example, Ethos seamlessly blends creativity and industry. It explores shapes and colors in a playful way while maintaining a sleek and professional look. Mix embodies Bauhaus students’ experimentation with yarn on the loom, but functionally offers a dense woven texture that brings layers of warm color to any space. 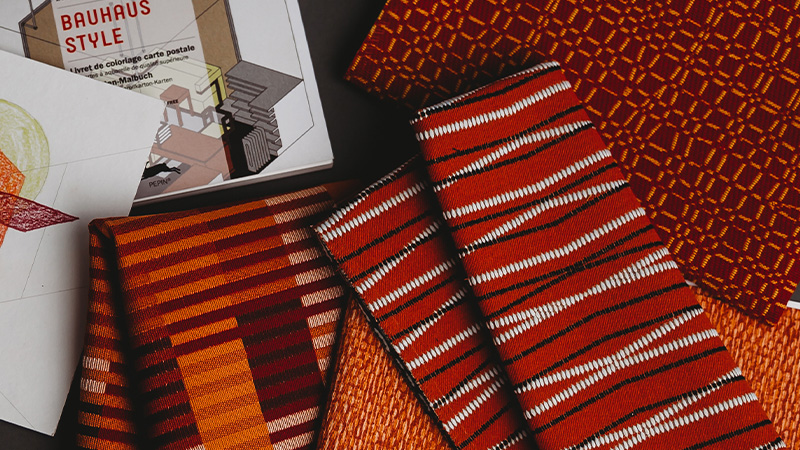 For other patterns, I referenced artistic movements that iterated on Bauhaus design. Inspired by the minimalist art movement, Merge offers an abstract pattern as detailed as Ethos but with intersecting lines in two colors. Fuse is reminiscent of Modernist pioneers of digital design with bright colors and a contemporary feel, thanks to its geometric pattern. 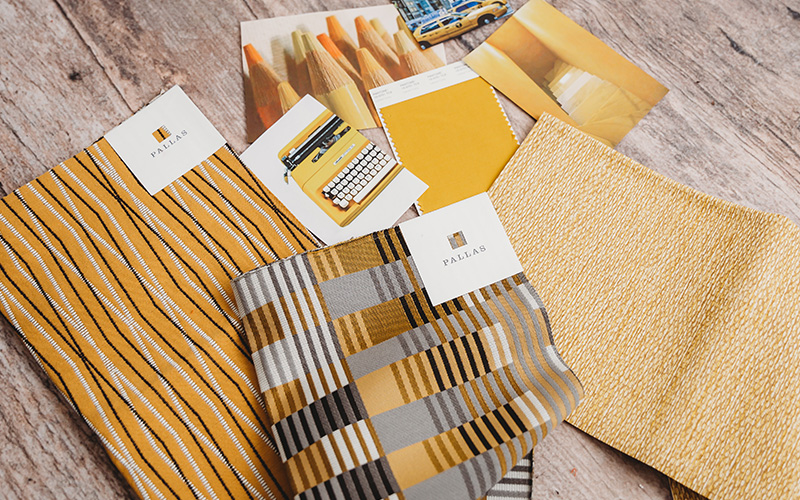 From art deco to impressionism, so many artistic movements feel specific to their time in history. However, the Bauhaus movement stands the test of time, remaining relevant and aesthetically interesting today.

It’s a fitting source of inspiration as I strive to imbue my designs for Pallas with a sense of timelessness.

Together with Pallas, I am pleased to honor Anni Albers for elevating textiles and fabrics to an art form. We hope that you’ll see a little bit of her influence in our Minim Collection.

Who inspires your design?

Stay up to date with the latest trends, new product launches and more.

Join us on our design journey by subscribing to insights & inspiration.
Subscribe

Your cart is empty.

Search for colors to quickly add to your cart.

You have samples in your Quick Order that have not been added to the Cart. Would you like to add them to the cart?